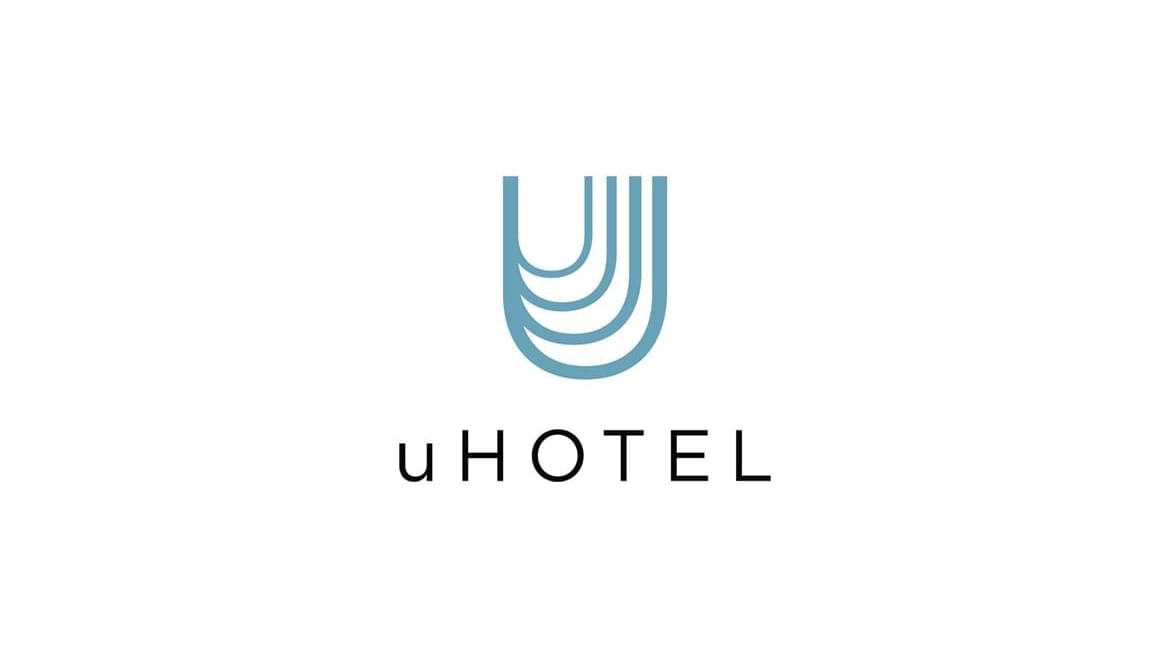 Ljubljana, 17 July 2019 – With a new corporate brand, a new identity of the former Grand Hotel Union Business and a refreshed corporate visual identity, Ljubljana's leading hotel group Union Hotels is well on the way to a new era in its more than 110-year history.  The new Union Hotels Collection brand is part of the group's targeted development of specific identities of each of its four hotels and a guarantee that every single guest will be provided with the best services and sophisticated attention.

In line with this business strategy, Grand Hotel Union Business at Miklošičeva cesta 3 in Ljubljana, Slovenia, will from now on be presented and marketed under the uHOTEL brand, which encapsulates the heritage of Union Hotels, while the hotel's new logo has visually been inspired by the architecturally characteristic interior staircase shaped like the letter u. A comprehensive project that involved the rebranding of the entire hotel group and of individual hotels has been rounded off with the launch of the group's new website www.uhcollection.si.

uHOTEL now operates separately from Grand Hotel Union as a freestanding hotel, a one-of-a kind combination of a relaxed ambience and maximum comfort. It is geared primarily towards families that are looking for an unforgettable experience while exploring the European Green Capital and its historical attractions or culinary specialties, as well as corporate guests. The hotel's top floor boasts an indoor pool, a wellness area with a terrace, a stunning view of the city and a gym.

"The Union Hotels Collection corporate brand emphasizes the history and tradition of excellence of the entire group. The word collection indicates that this is a collection of four unique hotels in the centre of Ljubljana for which a range of services and a specific marketing presence have been developed strategically, as have individual brand stories, positioning, target groups and marketing activities of each of the hotels. An integral part of this rebranding is a new corporate visual identity of the entire group and each individual hotel, as well as a brand-new website, all of which is a result of the wealth of our inside knowledge," says Matej Rigelnik, Chief Executive Officer of Union hoteli d.d.

The Secession-style Grand Hotel Union with its sophistication and magnificence, uHOTEL with its pleasantly relaxed ambience, Hotel Lev with its retro elegance and the "hipster"-futuristic Central Hotel constitute not only very specific identities intended for different visitor segments, but also different stories, images and experiences offered to the guests of each of the four hotels. The marketing team of the Union Hotels Collection has taken all of this into account, creating a new visual identity of the group and its four hotels.

The new www.uhcollection.si website has been designed in line with the group's business-development strategy, and each hotel is thus individually presented with its own visual identity, original story, accommodation options, and the range of additional products and services, while all of it is tied together at the corporate level of the group. All four hotels also use a common online reservation system, which guarantees the best available prices provided the bookings are made directly through the website.

After two major investments completed earlier this year, namely the Central Hotel's opening in April and the Hotel Lev's renovation in June, the group's new brand, a new corporate visual identity and the uHOTEL 's new identity mark another strategic milestone in the development of the Union Hotels Collection.

About the Union Hotels Collection

The Union Hotels Collection consist of four hotels in the very centre of Ljubljana, all of which are committed to satisfying the wants and needs of guests from all over the world. Grand Hotel Union, built in 1905, offers 194 elegantly-furnished rooms that feature the Secession style paired with modern comforts, 18 conference halls and rooms – of which the Grand Union Hall, a popular venue for events of all kinds, is the most outstanding – and Grand Union Café, a popular social hub in the town centre for locals and visitors alike. uHotel, built in 1979, offers 133 rooms, a number of conference halls and rooms, a charming swimming pool with stunning views, a fitness room and a sauna. Hotel Lev and its 209 rooms have over the past 50 years plus hosted a number of celebrity guests, including Agatha Christie, Kirk Douglas, Ray Charles, Bob Dylan, Sting, Riccardo Muti in Luciano Pavarotti, to whom an entire hotel floor has been dedicated. The completely renovated Central Hotel, whose design and services are based on future hotel trends, boasts 90 rooms and 10 sleeping capsules, as well as a bar with a rooftop terrace on the seventh floor – Rooftop@Central.
www.uhcollection.si