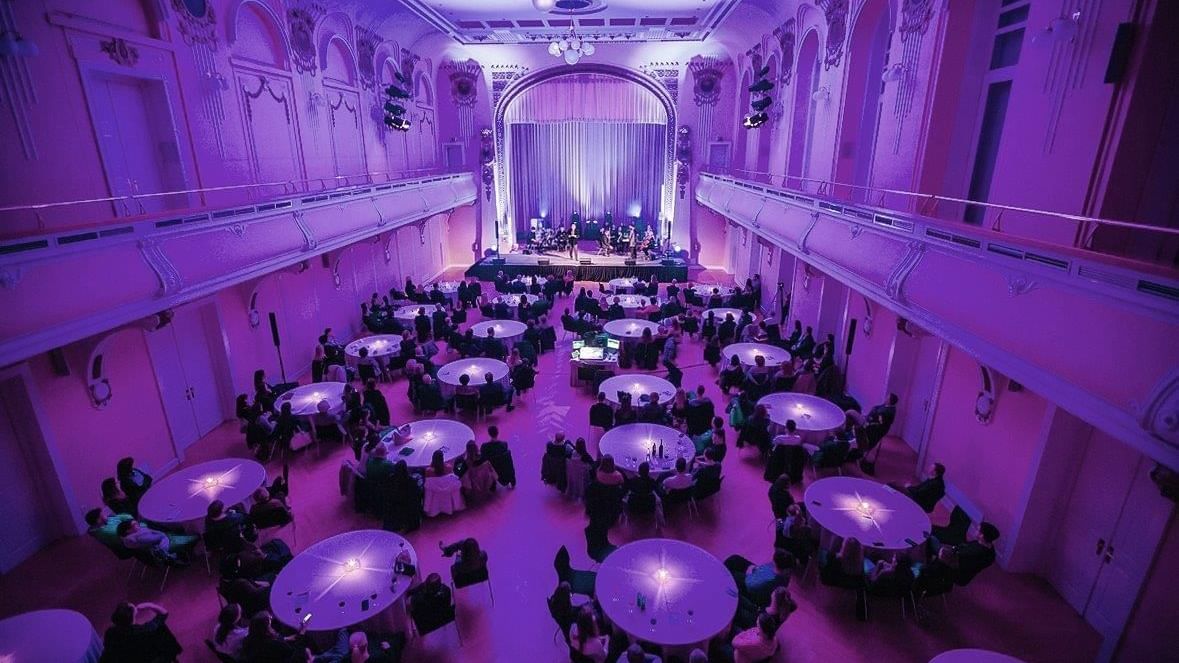 The concert was set as a gift to Slovenia on the occasion of celebration of the Slovenian Cultural Holiday and at the same time as an introduction to renowned Festival Ljubljana, which attracts many of foreign and domestic visitors to the Ljubljana city center during the summer months. Majority of Royal Philharmonic Orchestra concerts was sold out during their 70 years of tradition. They have presented to audience in Ljubljana with Beethoen’s program under the baton of conductor and violinist Pinchasa Zukerman. Royal Philharmonic Orchestra is classified as a most innovative philharmonic orchestra due to their diversity and high standards. The principle of the orchestra, which collaborates with numerous pop and rock legends, remains to perform high quality music for a broad crowd of listeners around the whole world. A concert was held at the Grand Hotel Union, set in a privileged central location close to the Old Town, which is also the largest convention hotel in Ljubljana. Built in 1905 in Art Nouveau style, it combines elegance and a long- term tradition in hosting successful events and prominent guests. The Grand Hotel Union is especially proud of its stunning main hall, Union Hall, which was restored to its original splendour in 2002. The main hall has historically hosted a number of famous musicians, as it was once the main concert venue in Slovenia, where up to 800 delegates can be accommodated and additional space is provided in as many as 20 other halls and function rooms, which are suitable for corporate, association and governmental meetings, cultural events and diverse social gatherings, ranging from receptions to gala dinners.