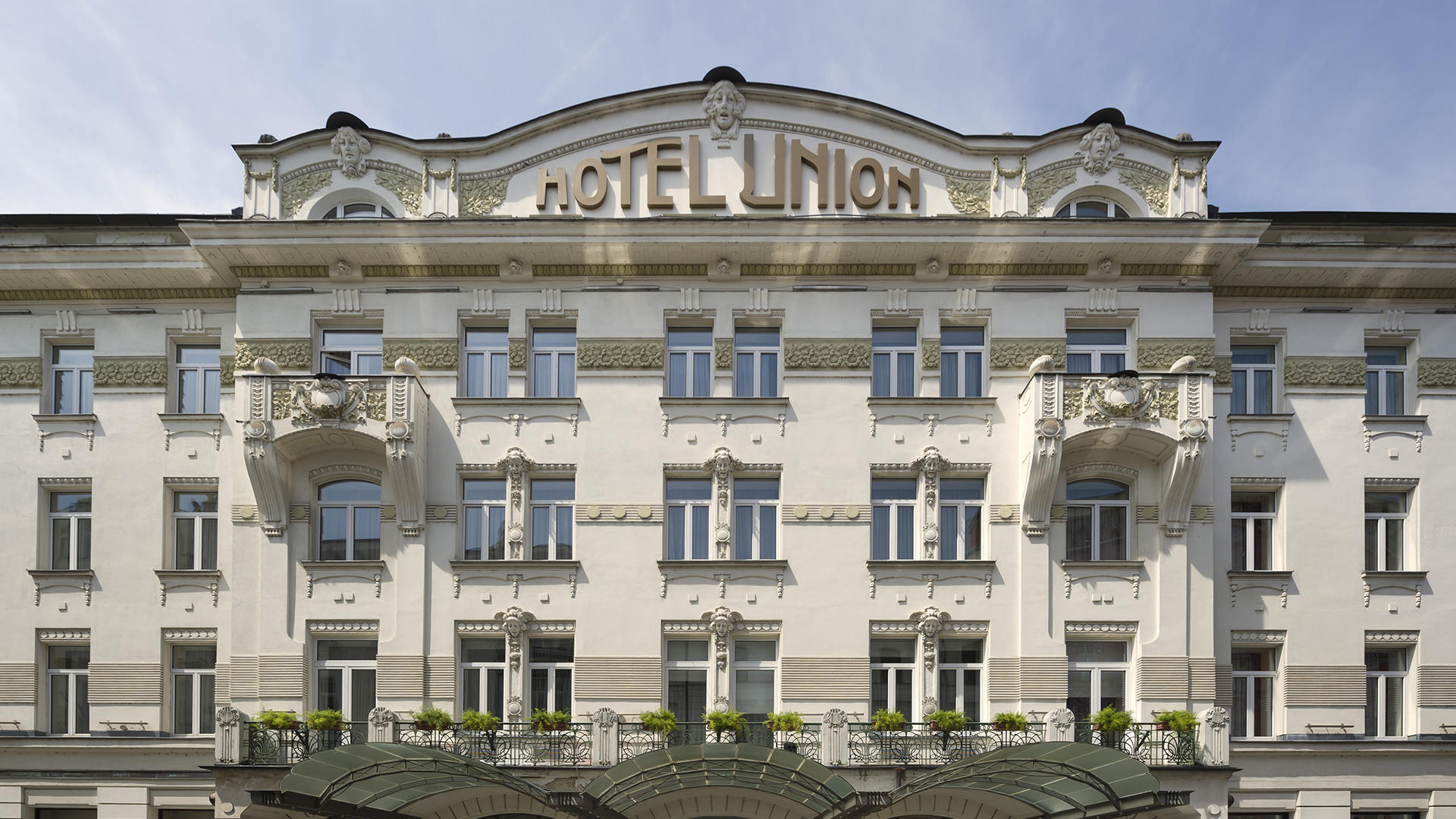 THE GRAND FIRST FLOOR OF A GRAND HOTEL

Ljubljana, March 4, 2020 - Grand Hotel Union, the historical landmark of the Union Hotels Collection, will re-introduce its Grand first floor in 2020. The venue is undergoing a major renovation which is setting the future design and style of its interior to bring a dash of freshness and modernity to the hotel’s original design.

Located on Miklošičeva Street 1, in the heart of old Ljubljana’s picturesque pedestrian zone, the hotel was designed by renowned architect Josip Vancaš and opened its doors in 1905. The first modern hotel in Ljubljana at the time, as well as the biggest building in the city. In over a century, the “grand dame” of the city hosted many personalities, including Orson Welles, Bill and Hilary Clinton, Dalai Lama and H.M. Queen Elizabeth II.

In 2020 the Hotel will add 25 new hotel rooms to its first floor, namely nine Superior Comfort Double rooms, ten Grand Deluxe Double rooms, three Junior Suites, one Residence Two Bedroom Suite, one Grand Corner Suite and what is destined to be the most important suite in Ljubljana … the Grand Union Suite. 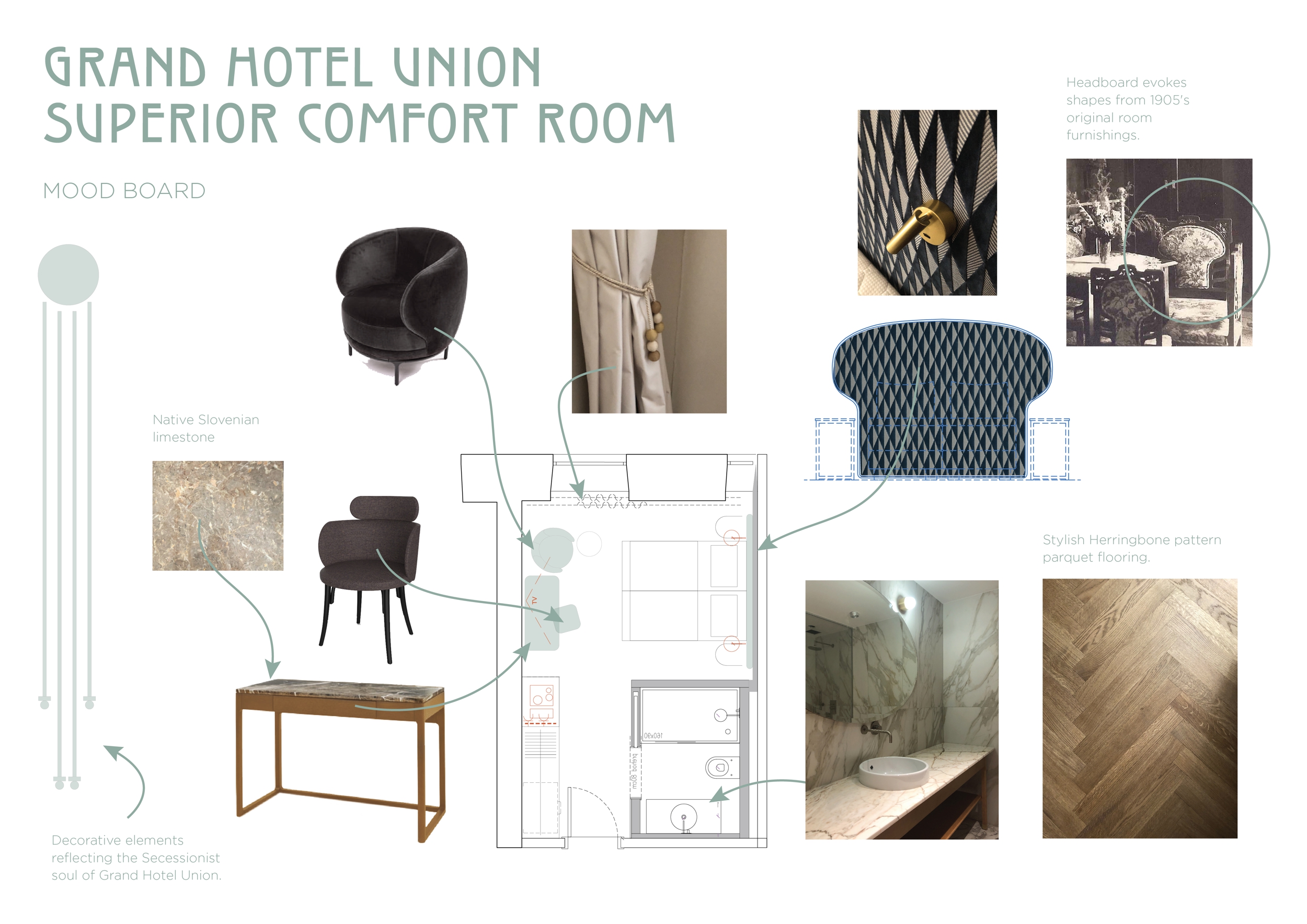 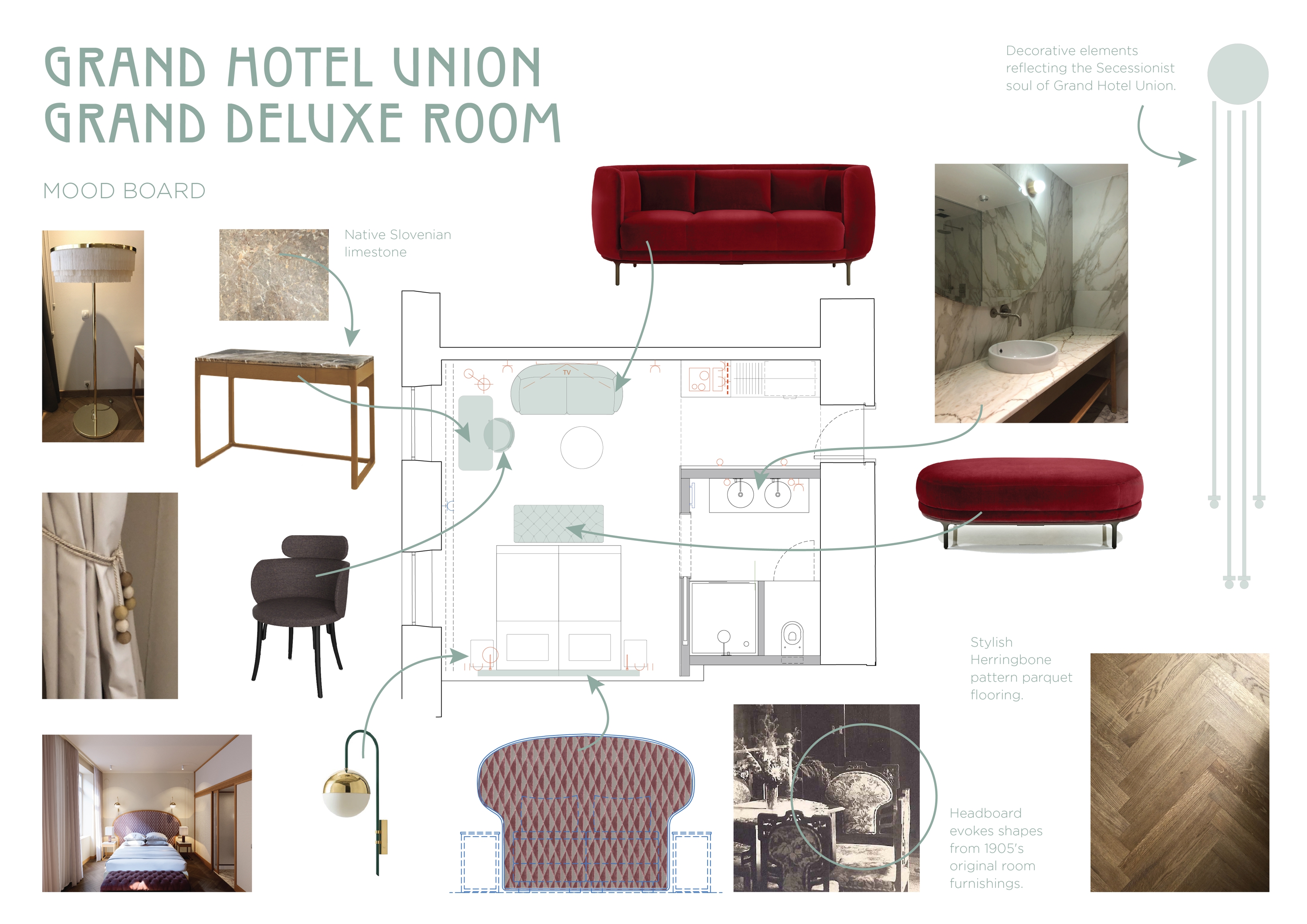 * source Wikipedia: Secession (German: Sezession) refers to a number of modernist artist groups that separated from the support of official academic art and its administrations in the late 19th and early 20th century. The best-known secession movement was the Vienna Secession formed in 1897, and included Gustav Klimt, who favored the ornate Art Nouveau style over the prevailing styles of the time. The style of these artists, as practiced in Austria is known as Sezessionstil, or "Secession style".

About the Union Hotels Collection

The Union Hotels Collection consist of five hotels in the very centre of Ljubljana, all of which are committed to satisfying the wants and needs of guests from all over the world. Grand Hotel Union, built in 1905, offers 111 elegantly-furnished rooms that feature the Secession style paired with modern comforts, 18 conference halls and rooms – of which the Grand Union Hall, a popular venue for events of all kinds, is the most outstanding – and Grand Union Café, a popular social hub in the town centre for locals and visitors alike. uHotel, built in 1979, offers 224 rooms, a number of conference halls and rooms, a charming swimming pool with stunning views, a fitness room and a sauna. Hotel Lev and its 231 rooms have over the past 50 years plus hosted a number of celebrity guests, including Agatha Christie, Kirk Douglas, Ray Charles, Bob Dylan, Sting, Riccardo Mutti in Luciano Pavarotti, to whom an entire hotel floor has been dedicated. The completely renovated Central Hotel, whose design and services are based on future hotel trends, boasts 90 rooms, as well as a bar with a rooftop terrace on the seventh floor – Rooftop@Central. The Fuzzy Log, the latest sleeping option concept introduced in 2020 with 92 Logs, 14 Capsules and 5 outdoor Tents.