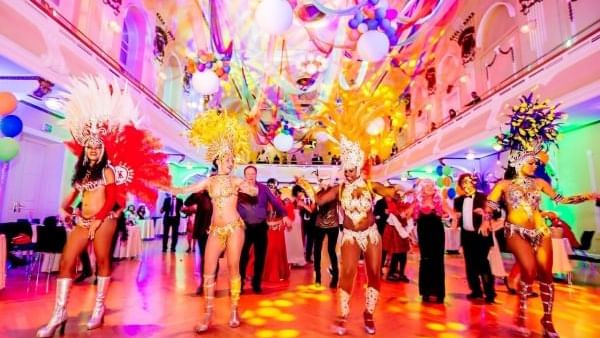 Union Hotels as a proud sponsor of the Olympic Team of Slovenia seized the approaching Olympics & Paralympics – Summer Games in Brazil to organize a series of events that will under the brand »Olympic ReUnion« connect Slovenia, Brazil and the Olympic athletes. In collaboration with the Olympic Committee of Slovenia and the Brazilian embassy in Slovenia, Grand Hotel Union planned a line of Olympic events of various concepts, which will connect Slovenian athletes with fans, present the preparations for the upcoming Olympic Games and current events in Rio, and build a bridge between the two destinations – Slovenia and Brazil. On the program of events are concerts, the largest gala masquerade ball held in the Union Hall, culinary events, travel lectures, sports chats Grand Union Café and the culinary-musical summer festival. In January, the Grand Union Café already hosted the first concert where Christiane Ruvenal charmed the guests with her interpretation of bossa nova, samba and the Brazilian dance rhythms. Next event under »Olympic ReUnion« brand will be the Cooking Academy led by the Brazilian Chef Silvia dos Santos and Union Hotel’s very own Gašper Hebajec. The two chefs will be joined by Slovenian Olympian athletes Bojan Tokič and Benjamin Savšek. Out of the participants attending the event a draw will determine those who will try themselves as chefs and those who will taste the culinary creations.