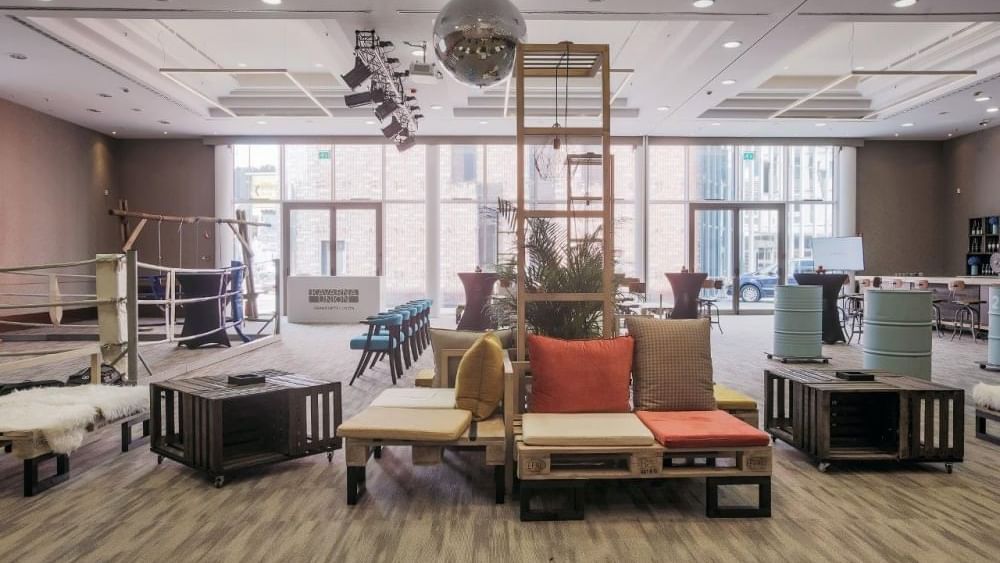 Back then …. For more than half a century now, ever since October 1964, the Hotel Lev has been opening its doors to welcome guests. Set in the city centre, where the former, renowned Pri Levu restaurant was once located, the construction of the modern and luxurious hotel started in 1961, following the architectural plans of Emil Medvešček. Building on the tradition of its predecessor, the hotel was aptly named Lev (Lion). Even before the hotel was officially opened, the first guests came from America to stay at this brand new hotel. Soon after the official opening, the then President of the Republic of Yugoslavia, Josip Broz Tito, visited Lev. In the course of the first few years, the hotel hosted a banquet organised by famous Japanese company Mitsubishi, a fashion show by Milanese clothing manufacturer Rhodiatoce, and also had journalists reporting about the Ice Hockey World Championship held in Ljubljana in 1966… The range of top class hotel and culinary services has over time made the Hotel Lev more and more popular amongst business as well as leisure guests. Its long tradition has helped this mighty hotel become an important city, business and regional conference hotel, well-known throughout the world. After more than 30 years running the hotel, they signed a contract with the InterContinental hotel chain. In 2002 Hotel Lev became the only five star hotel in Ljubljana. Important people from all over the world have chosen the Hotel Lev and departed feeling very satisfied! The luminaries have included: Agatha Christie, Orson Wells, Louis Armstrong, Janet Jackson, Bob Dylan, Sting, Claudia Schiffer, Luciano Pavarotti, Ivo Pogorelich, Josipa Lisac, Eros Ramazzoti, Seal, 50 Cent, Valerij Gergijev, Zubin Mehta are just some of the many renowned guests to have been creating the hotel’s history. Now… At the end of August, Union Hotels presented a new meeting concept that is now offered to meeting planners at Hotel Lev. The concept was launched with Conventa Crossover Conference, international conference for future of MICE and travel marketing. A combination of “out of the box” conference and an unconventional meetings setting worked perfectly surpassing all delegates’ expectations. The Karantanija conference hall, located on the ground floor of the Hotel Lev and the largest conference hall welcoming up to 400 guests, was completely refurbished during the summer months. Union Hotels vision to create perfect conditions for productive and creative conferences and meetings finally came true. There is nothing ordinary about the new concept that offers different events and great networking that delivers even better results.