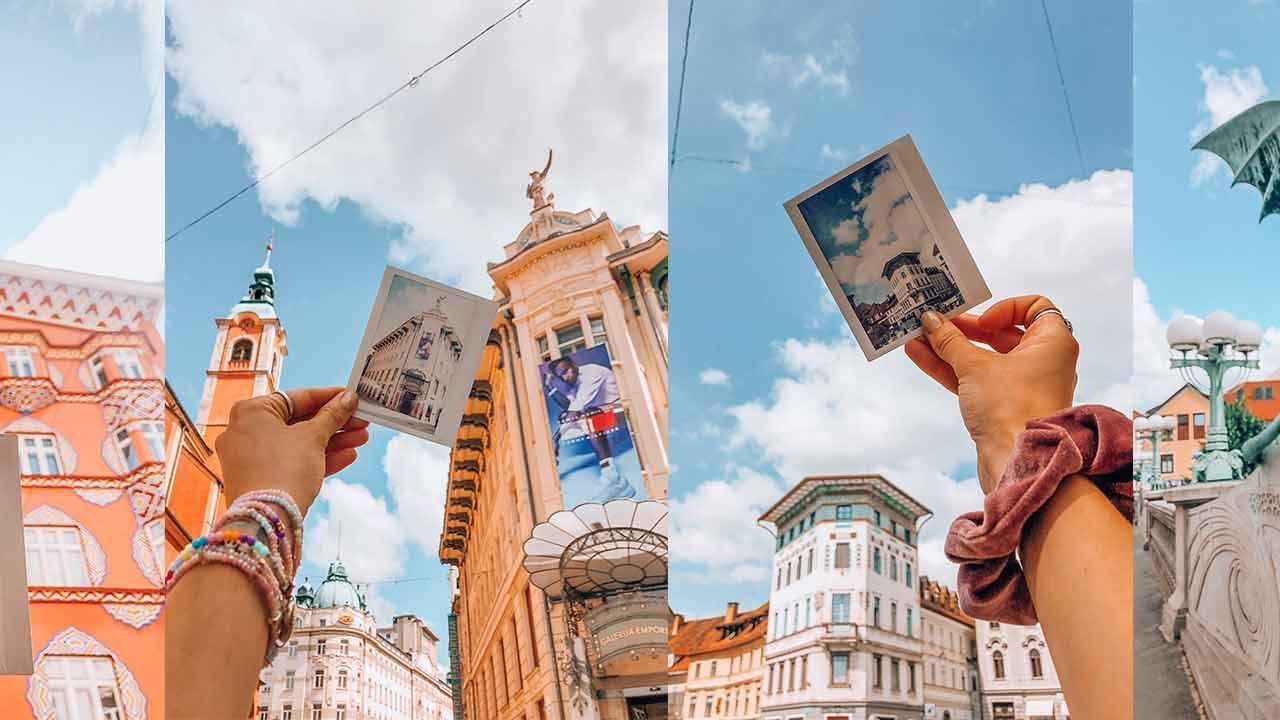 If you are an architecture aficionado and get most excited about the magnificent buildings built in the Vienna Secession (Art Nouveau) style, Ljubljana is definitely the place to come to.

Between the Old Town of Ljubljana and the main railway station is where you will find a street with Ljubljana's finest examples of the Secession architectural style. The street, whose present-day appearance started developing between 1895 and 1910, now boasts a number of important and well-preserved architectural works that feature elaborately decorated facades and artistic details that no visitor to Ljubljana should miss. Below you will find a list of Ljubljana's most beautiful and must-see Secession-style buildings:

Grand Hotel Union, designed by the Sarajevo-based architect Josip Vancaš, was the first modern hotel in this part of Europe. In addition to an almost 100-metre-long facade and an iron roof, both of which were considered remarkable architectural achievements more than a century ago, another of the hotel's most notable architectural features was the Grand Union Hall (15 metres in width, 33 metres in length and 11 metres in height), the largest such hall in this part of Europe.

The Urbanc House was the first department store in Ljubljana to open its doors in 1903. It was designed by the Graz-based architect Friedrich Sigmundt. Two of its special features are the flower-shaped glass structure and Mercury, the Roman god of commerce, which is depicted right above the entrance.

The building situated in Ljubljana's main square the Prešeren Square (Prešernov trg) was built in 1873 and is one of the few buildings that remained almost intact during the 1895 earthquake. In charge of the Secession-style renovation, which was carried out in in 1904, was the architect Ciril Metod Koch, who had the building's facade decorated with coloured ceramic tiles.

Although the main reason the bridge is often featured in photos are the two iron dragons, the bridge is also an important part of Slovenia's history as the first bridge with an asphalt-based sealcoating. The bridge, which was built between 1900 and 1901, is one of the authentic examples of Ljubljana's Secession-style architecture and is part of the European history as one of the first bridges with an iron and concrete construction technique.

The Drofenig House was designed by the architect Karl Brünnler and was the first building in Ljubljana to have a prefabricated steel facade and a skeleton iron-concrete frame. It was built in 1914 and was at the time the best of what Ljubljana's construction technology had to offer.

Built in 1907, Mladika was the only building in Ljubljana constructed in its entirety by Maks Fabiani. It was built to house the first all-girl secondary school in Slovenia and is also known for the metal window lintels, which were used for the first time ever. The Secession-style portal ornaments were made by Ivan Zajec and the building features the coats of arms of the historical region of Carniola, Ljubljana and the allegedly symbolic Slovenia. On your next visit to Ljubljana, have a proper look around and also make sure to look up so you don't miss any of the town's wonderful architectural features.