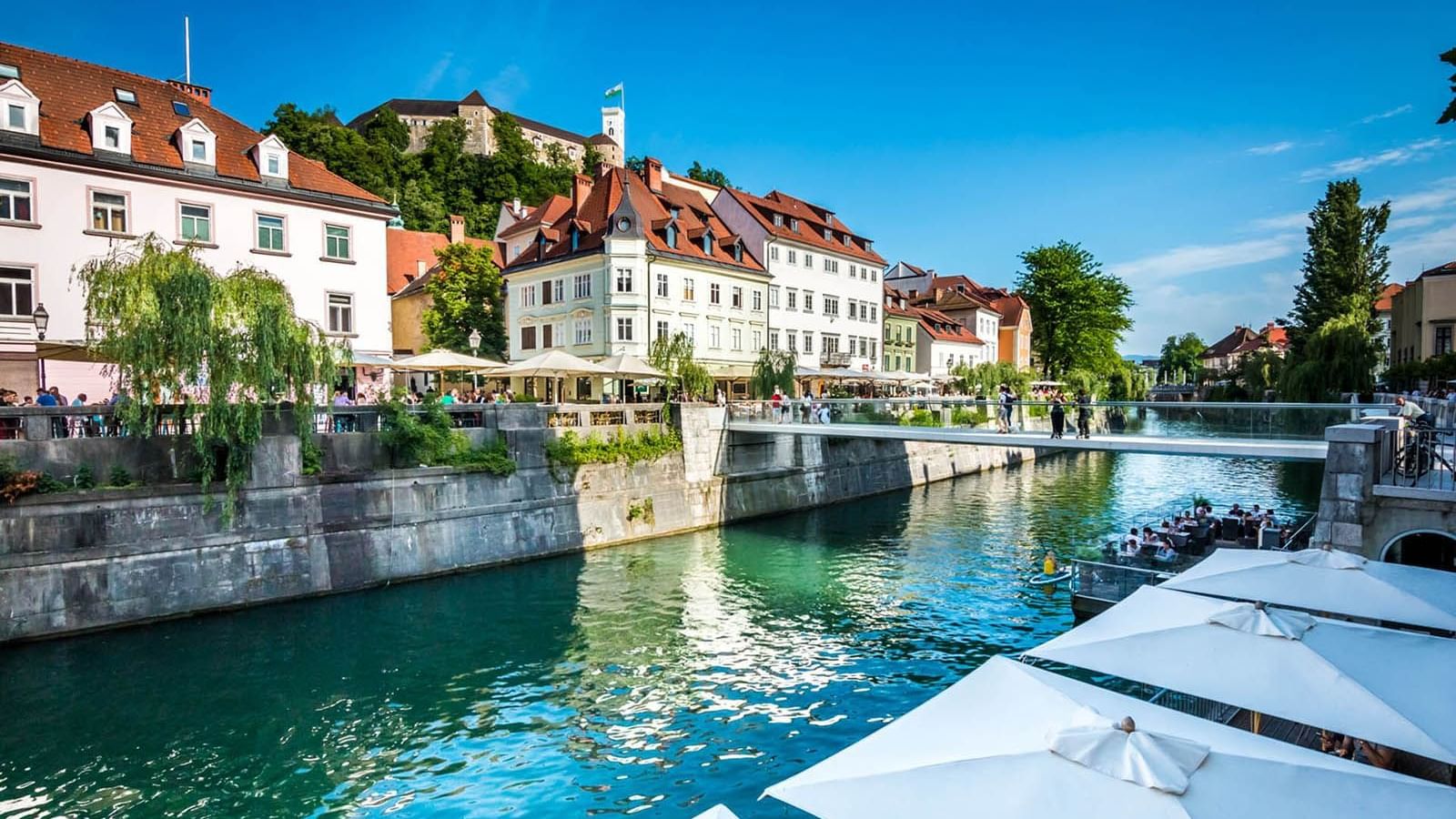 Ljubljana's Bridges and Their Stories

The bridges across the river Ljubljanica are without doubt one of the most commonly photographed sights of Ljubljana's city centre. But do you actually know the stories written on the banks of the Ljubljanica since the Middle Ages?

From the Ljubljana Marshes (’Barje’) to the river mouth where the Ljubljanica enters the river Sava, the Ljubljanica is crossed by no fewer than 35 bridges, and the records of the first constructed bridge date back to 1280. At the time, the bridge was called the Old Bridge and was later renamed the Lower Bridge, when it was destroyed by fire in the 17th century. The destroyed bridge was replaced by a new bridge, a wooden one, and finally, in the 19th century, by a stone one. The centuries-old story of Ljubljana's first bridge has in fact laid the foundations for one of the most photographed sights in Ljubljana today. The oldest bridge stood in the same place where the renowned Slovenian architect Jože Plečnik later built the Triple Bridge (’Tromostovje'). Since then, it has been considered one of Ljubljana's most prominent landmarks, and in 2017, when the Triple Bridge was closed to traffic, it became one of the more popular spots for that perfect photo postcard from Ljubljana.

Speaking of Ljubljana's sights, another must-see bridge is the Dragon Bridge (’Zmajski most’), which is nowadays one of the best-known symbols of Ljubljana. Although it is mostly featured on photos because of its two iron dragons, it is also the first bridge in the history of Slovenia with a tarmac coating. The bridge, which was built in 1900 and 1901, is considered one of the authentic examples of Ljubljana's Art Nouveau architecture and, owing to its construction method, which used iron and concrete, also one of the first of its kind in European history.

Walking around the city centre, there is another bridge that is hard to miss, i.e. the so-called Cobblers' Bridge or Shoemakers' Bridge (’Čevljarski most’). As its name implies, its history is connected to the shoemaker's trade – famous local shoes were reportedly made and sold at this very location. Interestingly, prior to this, the bridge had been occupied by butchers, who would prepare meat for sale here until 1614, but were later relocated away from the city centre, as the nature of their profession posed a serious threat of epidemics developing in the city centre. And yes, during their time, the bridge was called the ’Butchers' Bridge’. Interesting, isn't it? However, a Butchers' Bridge (’Mesarski most’) does exist in Ljubljana today, but you will find it about 500 metres from the location of the aforementioned bridge. The name dates back to the time when the architect Jože Plečnik was originally designing a new Butcher's Bridge, however, its construction was delayed for several decades as a result of polemics held by art historians and architects. The newly constructed bridge was finally opened in July 2010, but today it is mostly remembered by visitors for its myriad of love padlocks, attached to the bridge fence by lovers as a symbol of eternal love, as a result of which the bridge has been nicknamed ’Lovers' Bridge’.

See the Ljubljana bridges for yourself. Book Central Hotel’s special offer Ljubljana Adventure, which includes a guided tour of Ljubljana on the boat “Ljubljanica”.