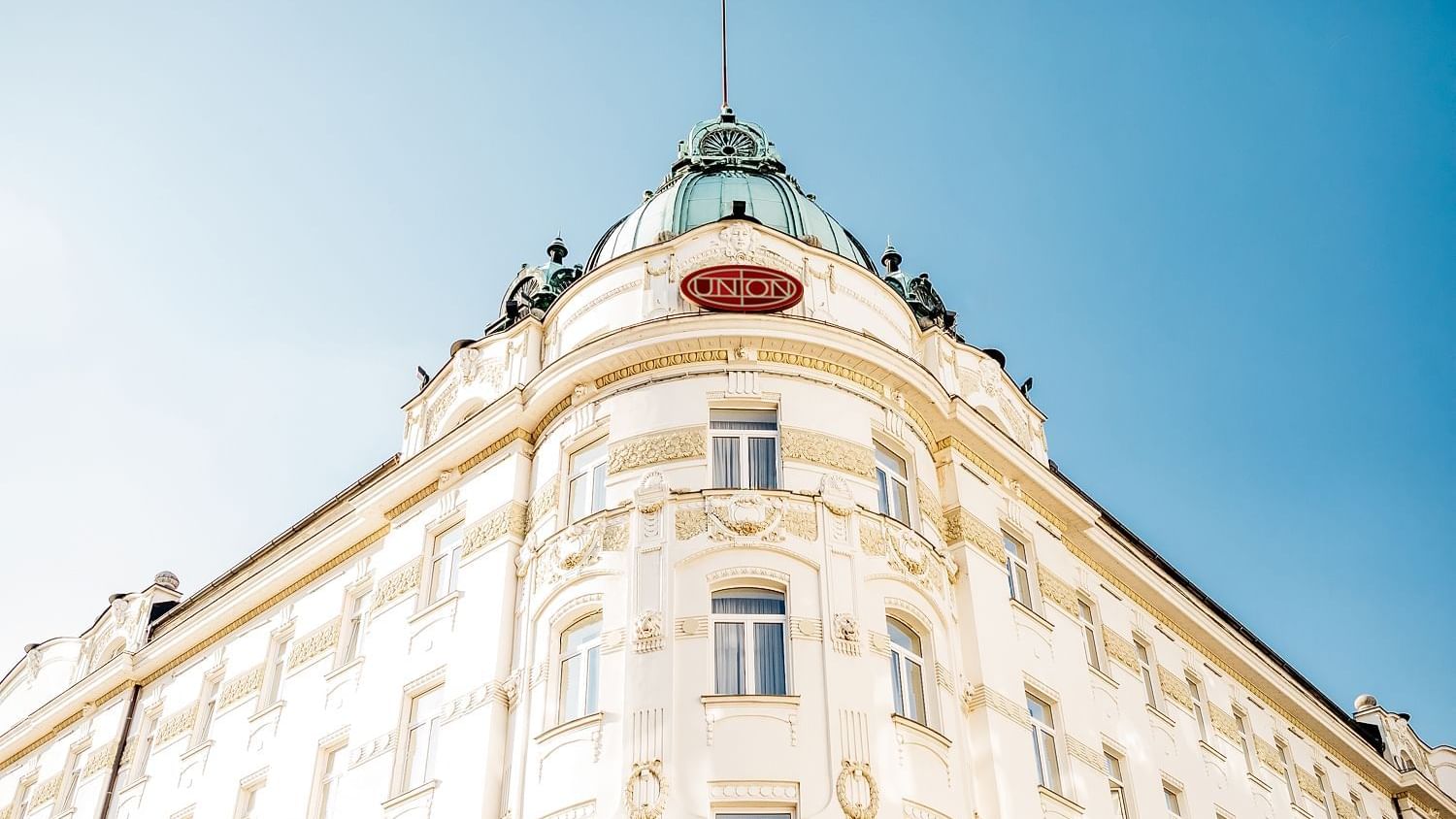 Grand Hotel Union - An Architectural Landmark in the Centre of Ljubljana

Grand Hotel Union with a 114-year tradition is one of the oldest hotels in Ljubljana and one of the most important architectural sights in the Slovenian capital.

It was 1905, when the building designed by architect Josip Vancaš and constructed by Viljem Treo came to life after eighteen months of work. Since Grand Hotel Union was considered one of the largest and most modern hotels in the south-east of Europe, its grand opening was celebrated for a whole week. Ever since, the hotel has been considered a popular event venue, and a home away from home for numerous world-famous celebrities and travellers wanting to experience something more than just the city itself.

The history of Grand Hotel Union is full of interesting stories and we have decided to take a closer look at one that has been revolving around the hotel's architecture since its grand opening in the previous century. When the building was unveiled during the official opening in 1905, Grand Hotel Union was considered the largest building in Ljubljana, built of 2.75 million bricks, and its construction required thirty wagons of iron girders, 1,070 windows and doors, and about 400 square meters metres of "plaster cement" walls. At the time it may have attracted a lot of attention due its large size and grandeur, whereas today visitors love it because of its Art Nouveau features and a number of carefully crafted details linking the baroque part of the city with more modern Art Nouveau buildings.

The times are changing – while back then, the 100-metre-long facade of the Grand Hotel Union building with an iron roof was considered a veritable architectural achievement, today we are especially proud of the hotel's carefully crafted exterior, which was designed under the then influence of Viennese architectural trends. Some of the most prominent such features are not only the ornamental elements, but also a rounded and domed corner tower, which is nowadays the entrance to the Grand Union Café, often featured on postcards and holiday photos on Instagram.

Much like the hotel's exterior, which has been largely preserved, the interior is likewise carefully protected and richly decorated. The ceiling and chandeliers of the Grand Union Café and the Blue Room have remained completely unchanged, and the hotel also boasts some original pieces of furniture used in one of the 87 hotel rooms back in the day. During the renovation work carried out in 2002, the foyer was also restored to its original splendour.

Throughout its history of more than a hundred years, Grand Hotel Union has played an important part in shaping the political and social life of Slovenia's capital and a wider region. In addition to boasting 327 hotel rooms in Grand Hotel Union and Grand Hotel Union Business, Grand Hotel is nowadays considered the largest hotel-based conference centre in Ljubljana with no fewer than 21 conference halls and rooms, and just like in past, it is still setting new landmarks in the development of Ljubljana's tourism.